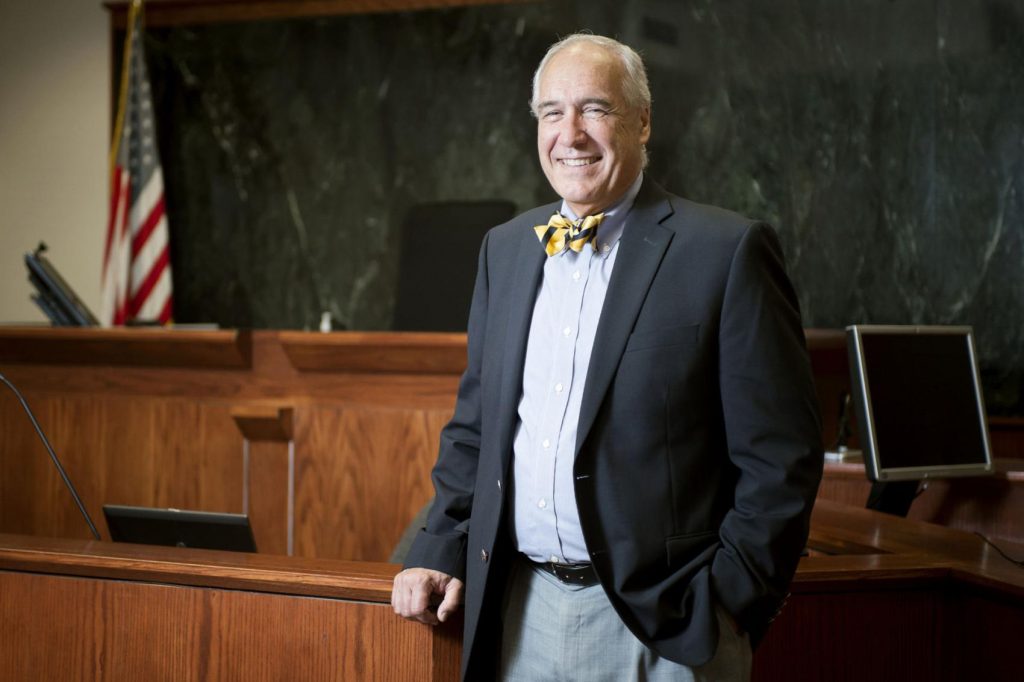 Steven D. Burns grew up in Marshalltown, Iowa and moved to Nebraska to pursue his undergraduate degree in Architecture, which he received in 1971.  Steve graduated from the University College of Law with his Juris Doctorate in 1973.  Prior to being appointed to the Lancaster County District Court bench by Governor Ben Nelson, Steve engaged in various areas of civil private practice.  His litigation practice included Nebraska and several federal jurisdictions in theareas of personal injury, intellectual property, and business/contract disputes. In addition, the practice involved representation of several small communities in addition to several years representing state employees in contract negotiations.  During his time in private practice, he was a member of the Nebraska State and Federal Bar Associations, including the United Stated Eighth Circuit Court of Appeals and the United States Supreme Court.   While in private practice Steve received numerous accolades, including the Best Lawyers in America designation. Steve was a District Judge for the Third Judicial District (Lincoln) from 1997 to 2016, when he retired from the bench.  While on the bench, Steve was a member of the Nebraska District Judges Association, where he served as the Secretary/Treasurer and President.  In 2014, he was the recipient of the Nebraska Supreme Court Outstanding Judge Award for service to community.  Steve has been an Of Counsel with the firm since 2018.